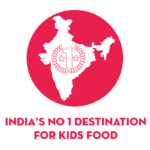 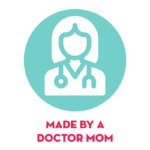 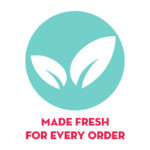 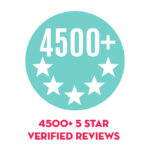 Age Recommendation: Advisable for all ages above 6 months.

Is sprouted ragi good for health?

Yes, Sprouted ragi are very good for health, as sprouting increases the Iron content by 10 times than normal ragi. Sprouting also helps the body to easily absorb nutrients and so sprouted ragi is very nutritious for babies and toddlers.

What is the difference between ragi flour and sprouted ragi flour?

Why is sprouted ragi better?

Sprouted Ragi is nutritionally better as the sprouting increases the Iron content by 10 times than normal ragi. The vitamin, minerals and fibre content is also increased multifold. Also, sprouting helps the body to easily absorb nutrients.

Can ragi be sprouted?

Yes Ragi can be sprouted and sprouted ragi is one of the Super-healthy food fo babies and toddlers.

Started this with my 6 month old baby and she totally loved it.
Giving it to her since a month and just placed another order for this one..
It blends perfectly in water and can be given warm to babies

It’s an amazing product, I am giving it to my baby since 6months.

Sprouted ragi is too good my 7month likes it alot

After breast milk, Sprouted Ragi Powder is her (my little one) favorite food. It is an amazing product. As healthy as tasty.

B
Bhavya R (Chennai, IN)
Lovely smell and texture..

My little one enjoying this a lot and I am feeling relaxed that she is getting healthy and nutritious food without me taking much efforts.

Very easy to make and taste is very good

S
Snigdha Patro (Visakhapatnam, IN)
My kid loves it

My baby loves the taste☺️

♥ Trusted by over lakhs of Moms across India and world.
♥ Products freshly prepared only after the order.
♥ Made by a Doctor Mom.
♥ Zero Preservatives/No added Sugar/No added Salt.
♥ India's Number 1 destination for Kids Food since 2015.

About Us
Contact Us
Reviews Store Locator
Our Stockist